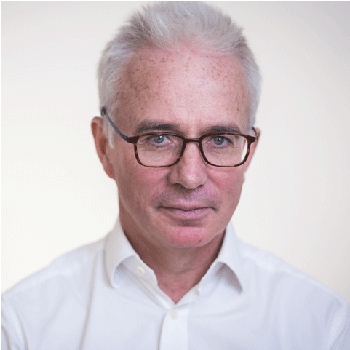 Peter Sands became Executive Director of the Global Fund to Fight AIDS, Tuberculosis and Malaria in March 2018. Since assuming his role, Sands has engaged donors and partners to support the Global Fund’s Sixth Replenishment, resource mobilization efforts that culminated in 2019 with US$14 billion in pledges for the Global Fund’s three-year funding cycle. He has led organizational improvements at the Global Fund Secretariat, including the creation of senior management roles for information technology and for sourcing and supply chain. Sands is the former Chief Executive Officer of Standard Chartered PLC, one of the world’s leading international banks operating across over 70 markets, primarily in emerging markets. After a distinguished career in banking, Sands was a research fellow at the Harvard Global Health Institute and the Mossavar-Rahmani Center for Business and Government at Harvard Kennedy School, where he immersed himself in a range of global public health projects. In 2016-2017, Sands chaired the International Working Group on Financing Pandemic Preparedness at the World Bank.

In 2015-16, he was Chairman of the U.S. National Academy of Medicine’s Commission on a Global Health Risk Framework for the Future, which published the influential report “The Neglected Dimension of Global Security: a Framework to Counter Infectious Disease Threats” in January 2016. Sands is also a member of the U.S. National Academy of Science’s Forum on Microbial Threats and is serving on a Committee on Ensuring Access to Affordable Drugs. Sands served as Chief Executive Officer of Standard Chartered PLC from 2006 to 2015, having joined the bank in 2002 as Group Finance Director. Under his leadership, Standard Chartered successfully navigated the turbulence of the global financial crisis in 2007-2009, continuing to support clients and counterparties throughout the worst of the financial stresses and without drawing on government support of any kind.

Sands graduated from Brasenose College, Oxford University with a First Class degree in Politics, Philosophy and Economics. He also received a Master’s in Public Administration from Harvard University, where he was a Harkness Fellow.