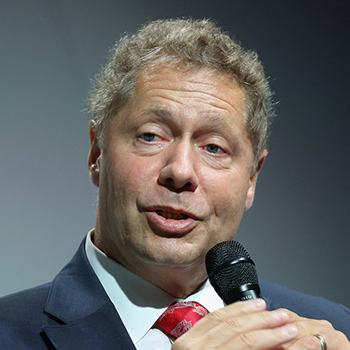 A medical doctor and infectious disease epidemiologist, Dr Seth Berkley joined Gavi, the Vaccine Alliance as its CEO in August 2011, spearheading its mission to protect the world’s poorest children by improving access to new and underused vaccines. In its 20 years of existence, Gavi has reached more than 820 million children in the 73 poorest countries. In 2015, Dr Berkley led Gavi to its second replenishment, raising US$ 7.5 billion in donor commitments. In June 2020, Dr Berkley led Gavi to its third successful replenishment, raising US$ 8.8 billion and exceeding the ask of at least US$ 7.4 billion in the presence of 42 heads of state. Dr Berkley is co-leading the Vaccines Pillar of the Access to COVID-19 Tools (ACT) Accelerator, working to develop and distribute a SARS-CoV-2 vaccine globally. In July 2020, Fortune honoured him with a leadership award at Brainstorm Health, calling Gavi “arguably the most productive multilateral health collaboration in history.”

Under Dr Berkley’s leadership, Gavi, the Vaccine Alliance received the 2019 Lasker-Bloomberg Public Service Award for providing sustained access to childhood vaccines in the world’s poorest countries, as well as the Princess of Asturias Award for International Cooperation 2020. Prior to Gavi, in 1996, Dr Berkley founded the International AIDS Vaccine Initiative (IAVI), the first vaccine product development public-private sector partnership, where he served as President and CEO for 15 years. Under his leadership, IAVI created a virtual vaccine product development effort involving scientists from low-income countries, industry and academia – developing and testing HIV vaccines around the world. He also oversaw a global advocacy programme that ensured HIV vaccines received prominent attention in the media and in forums such as the G8, the European Union and the United Nations. Previously, Dr Berkley served as an officer of the Health Sciences Division at The Rockefeller Foundation. He has worked for the Center for Infectious Diseases of the US Centers for Disease Control and Prevention (CDC); the Massachusetts Department of Public Health; and the Carter Center, where he was assigned as an epidemiologist at the Ministry of Health in Uganda.

Dr Berkley played a key role in Uganda’s first national HIV sero-survey and helped develop its national AIDS Control Program. He has been featured on the cover of Newsweek magazine; recognised by TIME magazine as one of “The TIME 100 – The World’s Most Influential People”; and named by WIRED magazine as among “The WIRED 25 – a salute to dreamers, inventors, mavericks, leaders.” His TED talks have been viewed by more than 2.3 million people, and he has published over 250 articles and opinion pieces. He has consulted or worked in more than 50 countries in Africa, Asia and Latin America. Dr Berkley sits on a number of international steering committees and corporate and not-for-profit boards, including those of Gilead Sciences and the New York Academy of Sciences, and is an Adjunct Professor at the University of Geneva’s Institute of Global Health in the Faculty of Medicine.

Dr Berkley received his undergraduate and medical degrees from Brown University and trained in internal medicine at Harvard University. In 2013, he was awarded an Honorary Doctorate by Nelson Mandela University in Port Elizabeth, South Africa, for services to global public health and advancing the right to health care for all.